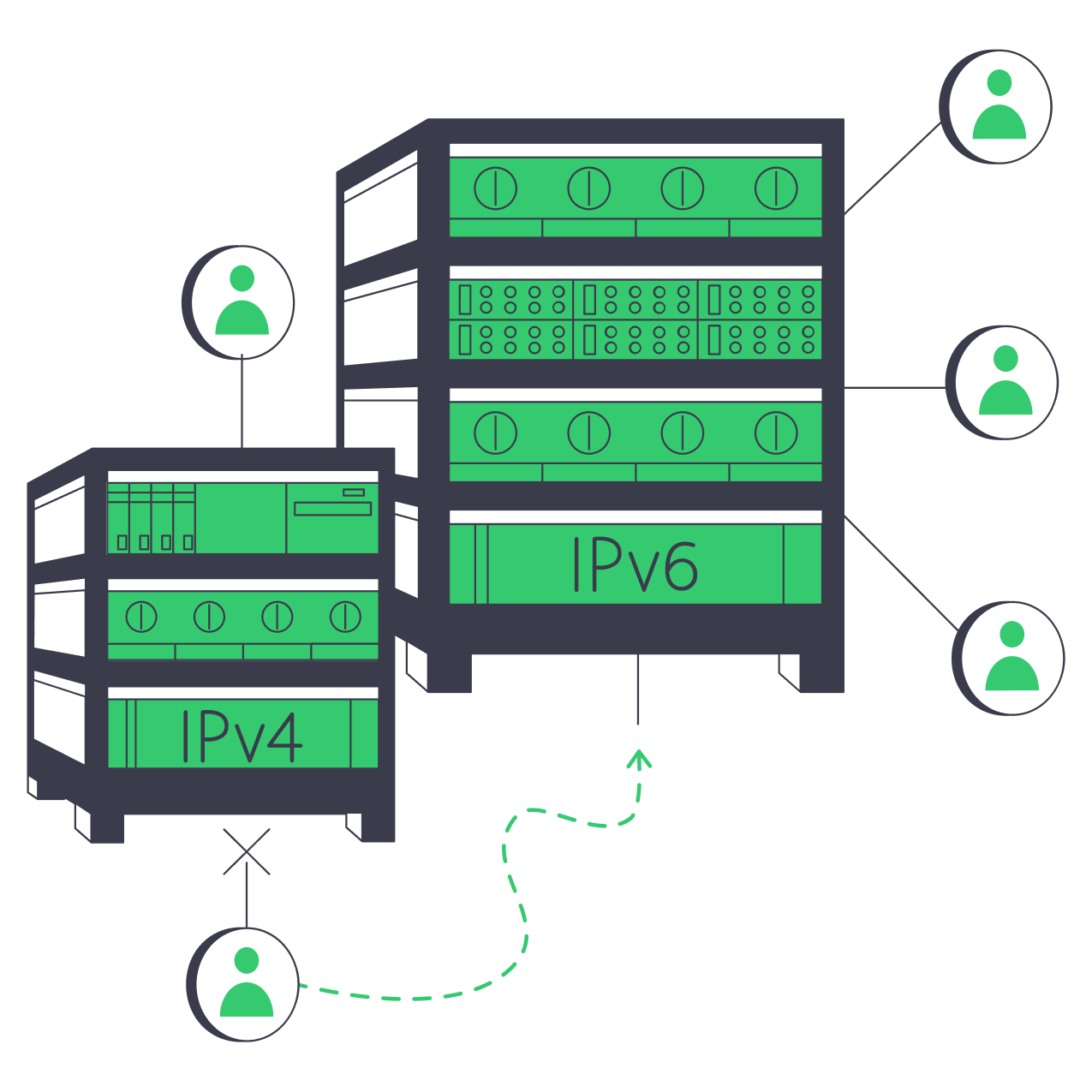 What you should know about IPv4 and IPv6

IT technology has become a vital part of people's lives. According to Cisco analysts, in 2023 the number of Internet users will reach 5.3 billion people. At the same time, the number of computers and other devices connected to the World Wide Web will reach 29.3 billion units.

Smartphones, laptops, smart cookers and TV set-top boxes - an average Internet user has more than three devices connected to the network. They interact with each other via the Internet Protocol (or IP) technology, which routes and addresses data over an Internet connection. Currently, two versions of the protocol are used: IPv4 and IPv6. What are their features? What are the differences between IPv4 and IPv6? And why the Internet has not come to one of the solutions yet? We will try to answer these questions in this article.

If you need to send a letter to someone, you'll have to know his or her exact address. This sounds perfectly logical: it is the only way the other person can surely receive the letter and send a reply. A similar principle is used for data exchange in the Internet. The Internet Protocol gives every device an address - a unique combination of numbers by which the device can be definitely identified. The fourth version of IPv4, created back in 1982, defines the rules of exchange and gives everyone a web address consisting of 32 bits. It contains four sections separated by a dot. For example: 192.168.1.103. The range of values for each section varies from 0 to 255. To separate local and external addresses, the protocol uses a special mask that is applied to the IP address and allows you to define its relation to the network system. In 32 bits of information, 4.29 billion different combinations can be encrypted.

As you can see from the analysis in the introduction, the number of such combinations within the IPv4 is significantly smaller than the number of network connections in the world. This problem became obvious back in the mid-90s, when Internet technology began to develop rapidly. Initially, in order to compensate the deficit, it was suggested to expand the number of available IPv4 addresses thanks to CIDR (Classless Inter-Domain Routing), and later NAT (Network Address Translation - translation of network IP and ports), which replaces the internal network IP to the public one. However, despite all attempts, the need for unique IP began to overtake the possibilities of the fourth architecture.

In response to the deficit of free IPv4 addresses, an improved version of the protocol was introduced in 1995, it was called IPv6.  The main difference between IPv6 and IPv4 was that the entire 128 bits were allocated for address generation. The space of possible address combinations for IPv6 is 2^128, or 60 million addresses per person on Earth. It seems that this should be enough for a very long time.

Every IPv6 address, consists of four hexadecimal digits separated by colons into 8 groups. For example, ef05: 1db1: 12a5: 0200: 0230: a71e: 1363: 53e1. At the same time, due to the increased size, it is possible to encrypt much more additional parameters that increase the efficiency of the transmission. This format offers a number of significant advantages:

To make the comparison of IPv6 and IPv4 easier to understand, all their main characteristics can be summarized in a table:

As you can see from the table comparing IPv6 and IPv4, version 6 has significant advantages. IT-giants like Amazon, Google and Facebook have been working on IPv6 for a long time. Many hosting providers also provide IP addresses in the new format. However, according to the data for 2020, the share of IPv6 compared to IPv4 in total traffic is only about 30%. And there are reasons for that

Difficulties of moving to IPv6

Not everyone rushes to switch to IPv6. In fact, the infrastructure, which emerged during the era of rapid development of web-technologies, is shaped under IPv4. The transition to a new Internet Protocol requires technical re-equipment and significant financial and time resources. It is necessary to buy and configure expensive hardware, update DNS, and make many other works to integrate - unfortunately, not all administrators fully understand how to properly serve IPv6. Due to the fact that the sixth version of the protocol is not backward compatible with the fourth one, Dual stack technology is needed to use two protocols simultaneously.

However, despite all the difficulties, the transition to IPv6 is just a matter of time. With spreading of computers, cell phones and other gadgets, requirements to their connection parameters are increasing. The v6 IP protocol not only extends the address space, but also simplifies Internet routing and increases its security.

Back to the blog

We are always on duty and ready to assist!

Please contact our support team via any convenient channel . We look forward to help you.
Phone:
+370 (5) 208 4428
Support:
support@melbicom.net
Telegram:
melbicom
Skype:
melbicom.sales
Close
Our website uses cookies to operate and provide you with the best experience. By continuing to visit this site, you agree to our use of cookies.
I agree